Dr. Edward L. Foggs is the General Secretary Emeritus of the Church of God and a former pastor of Sherman Street Church of God in Anderson, IN. Dr. Foggs and his wife Joyce recently celebrated 65 years of marriage and are faithful members of the Madison Park Church family. Dr. Foggs writes today at the invitation of Pastor Paul Strozier.

Who would have thought that the year 2020 would be headlined by two major pandemics—the pandemic of coronavirus [Covid-19] and the pandemic of racism? In my moments of reflection, there have been times when my eyes have been filled with tears with respect to these calamities that have befallen our nation and our world.

On the one hand, I have been saddened by the plight of physical suffering; on the other hand I have been saddened by man's inhumanity to man. With respect to both of these circumstances, I have pondered the question: "Where do we go from here?" That is the question that claims the attention of our nation and our world. That question was raised by the late Dr. Martin Luther King, Jr. in his book by that title and the options that he posed—chaos or community?

My brother is an immunologist. He served for one year as President of the American College of Allergy, Asthma, and Immunology. His perspectives on Covid-19 are far more insightful and beyond the scope my limited understanding! I am not hesitant, however, to speak about the pandemic of racism.

As a patriotic American citizen and as an African American, I am strongly opposed to violence— the destruction of lives and property! I have no trouble, however, understanding the protests that have rippled through our nation and even spread around the world. Much is made of the fact that Dr. King was a strong advocate of nonviolence. It cannot be overlooked, however, that this apostle of nonviolence was murdered.

Yes, I believe that BLACK LIVES MATTER. I do not see that message, however, as devaluing the lives of other people who, too, are made in God's image. If your big toe hurts with excruciating pain and you focus on it because of the pain, that does not mean that you don't care about the rest of your body. In keeping with Scripture, "If one part suffers, every part suffers with it." ( I Cor. 12:26) If one member of the body suffers, we all suffer. Every believer ought to be concerned about racism and intent on doing what is necessary to eliminate its ravages.

On the day that Dr. King was assassinated in 1968, I was attending a meeting with community leaders. Present was the general manager of the largest and most powerful corporation in Anderson at that time and the president of the Chamber of Commerce. When word came that evening that Dr. King had been assassinated, the corporate executive said to the president of the Chamber [in a comment that I overheard], "That's what happens to people when they go around causing trouble." Racism is not new. it is deeply rooted in the fabric of American society. That is why all the clamor about the death of George Floyd.

Where do we go from here? We must begin by acknowledging that the clamor around George Floyd's death is not a trivial matter. Virtually every African American can identify with what is happening in our nation—and not necessarily in a mean-spirited way. l, personally, have experienced my share of unfairness and mistreatment based specifically on racial bias and prejudice. There is a flawed assumption in many circles that racial and social injustice is experienced only by poor and uneducated minorities—Blacks, Hispanics, and Native Americans who live in substandard social and economic conditions. Not so! We must become disabused of flawed attitudes and notions that taint our understanding of racism.

There are times when I feel like the young man saw wearing a t-shirt which read: u l can explain it to you, but I can't understand it for you." I could share with you my own litany of adverse race based experiences of social injustice—in society and sometimes even in the church. I have a lot of emotional scar tissue. It's a bit like having surgery. The surgery heals, but the scar tissue remains. One does not go about always picking at the scab, but the memory remains. And memory is intensified when one sees continued evidences of repeated abuses.

People of all races, cultures, and generations are responding to this pandemic. Our challenge is to overcome what sometimes seems to be a conspiracy of silence and to implement and sustain policies and practices that end the ravages of racism. This will enable us to be on the right side of history and, more importantly, on the right side of our Christian faith. 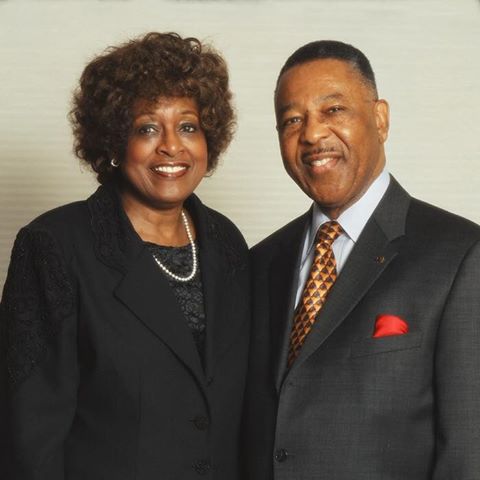